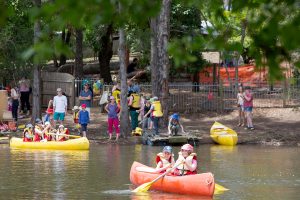 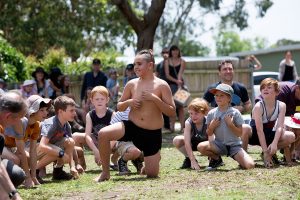 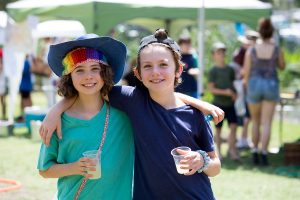 Following months of careful planning and a sustained effort by many in the school community, the Linuwel School Fair and Open day 2018 was a huge success on all levels. The Fair coordinator this year, Kristie Roberti, worked tirelessly and was supported by class 4 parents and dedicated class coordinators in the planning and on the day. Much gratitude to you all.

Tom Thorvaldson’s bagpipes heralded the beginning of the children’s procession and the fair was officially opened by Cheryl, Uncle Bill Smith’s daughter. Cheryl spoke a Welcome to Country and performed a beautiful song which she had composed in the light of Reconciliation.

The atmosphere of the opening ceremony was further enriched by three young Aboriginal women who performed a dance accompanied by a traditional song from Ena, a Yolngu woman. This was a very generous cultural sharing with the school community.

The extra curricula ensembles, led by Karen Drury, played beautifully with the glistening pond providing a peaceful backdrop; this set the crowds swaying as they moved off to shop, enjoy delicious foods and drinks, chat, catch up and reminisce with past families and students, engage in activities and workshops and be delighted by cultural and musical performances throughout the day. The smoking ceremony and dancing by Waylon, Dennis and the boys at the opening of the new senior school rooms set both a reverential and celebratory tone for the afternoon.

Once again, a huge thank you to all who supported the day in some way! Hoping to see you next year at the fair…